Get The Facts: Lung Cancer 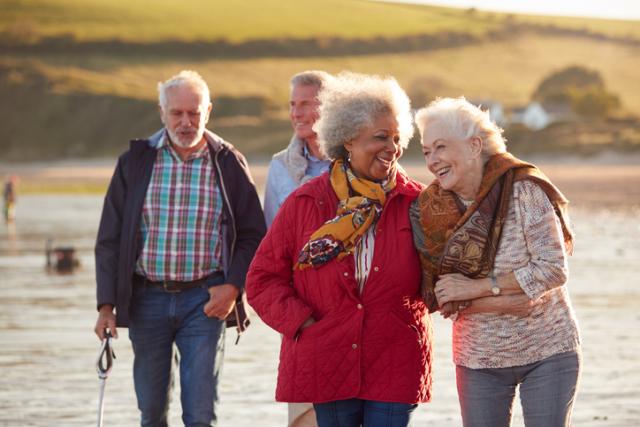 Lung cancer is the second most common cancer in men and women. The American Cancer Society's estimates for lung cancer in the United States for 2022:

But thanks to ongoing research, doctors and their patients have new options to treat this disease.

Myth: Only smokers get lung cancer

Fact: Smoking is the most significant risk factor, but there are others. Radon is the first cause in never-smokers and the second in smokers in the United States. Emitted by rock and soil, it can seep into homes and other buildings. Testing is available through state governments. Air pollution, asbestos, arsenic, diesel exhaust, benzene, formaldehyde, and some forms of silica and chromium are other factors that could increase a person’s lung cancer risk. Family history has also been shown to play a role as well.

Myth: Secondhand smoke does not increase my risk of lung cancer

Myth: I’ve been diagnosed with lung cancer. Quitting will not make a difference.

Fact: Kicking the habit can make treatment more effective and will lower the risk of dying from causes other than lung cancer. Researchers have estimated that three years after diagnosis, 75% of those who quit smoking would be alive, compared with 66% of those who continued smoking. Also, people who quit tolerate their treatment better and have fewer side effects. Quitting smoking improves how long people live, regardless of whether they had been mild-to-moderate or heavy smokers.

Myth: If I smoke a pipe, light cigarettes or cigars instead of regular cigarettes, I’ll have less of a chance to develop lung cancer.

Fact: People who smoke are at a much greater risk of lung cancer than non-smokers. Cigars may contain even more toxic substances than cigarettes due to how the tobacco is cured, according to the NCI. Cigars also have more tar and are smoked for a longer period of time than cigarettes, adding to their harm. A cigar can give off about as much nicotine as an entire pack of cigarettes. Menthol cigarettes are also dangerous and harder to quit. The vents in the filter change the way the tobacco burns, creating more toxins and cancer-causing substances.

Myth: Although I smoke, do regular exercise and antioxidant vitamins offer enhanced protection against lung cancer?

Fact: Eating healthy and getting regular exercise are great for your health, but they won't undo the damage caused by smoking. Taking antioxidant supplements or vitamin supplements does not reduce the risk of developing lung cancer. Recent studies have shown that certain supplements such as N-acetyl cysteine and vitamin E promote lung cancer metastasis in patients with KRAS gene mutations. The KRAS gene is a biomarker physicians look for in non-small cell lung cancer. It’s important to note that antioxidants from fruits and vegetables appear to be safe.

Myth: Everyone dies from lung cancer.

Fact: Lung cancer is the leading cause of cancer deaths in the United States. The disease is often discovered only after it has spread to other parts of the body. However, even if lung cancer is not curable, it is still treatable. Treatment can often extend a patient’s life and lessen some symptoms. Today, survival has increased dramatically for those with advanced lung cancer, thanks to ongoing research, new therapies, new technology and less invasive surgery.

Fact: Lung cancer is the leading cause of cancer death in the U.S. among women, claiming more lives than breast cancer, uterine cancer and ovarian cancer combined.

Fact: There is no scientific proof that this is true. Surgery in the early stages of lung cancer offers the best chance of a cure.

Myth: If I have no pain in my lungs I don’t need to be screened.

Fact:  Lung cancer is often called a silent killer because symptoms do not typically appear until it has spread. The early stages of lung cancer do not exhibit any signs or symptoms. Still, many people with the condition eventually develop a persistent cough, shortness of breath and may cough up blood. Lung cancer screening is performed to detect early lung cancer before signs and symptoms develop. Screening detects illness at its earliest and most treatable stage.

Myth: Unless I stop smoking (or never start), there's nothing I can do to reduce my risk of lung cancer.

Fact: Eliminating all known exposure to secondhand smoke is strongly recommended. Minimizing exposure to diesel exhausts and air pollution will also decrease your risk. Getting your home tested for Radon is another good idea. Data shows that regular exercise reduces the risk of lung cancer.

Watch as Dr. Chandrika shares how the Monarch robotic platform allows physicians to diagnose and treat hard-to-reach small peripheral nodules with greater precision. St. Francis Hospital & Heart Center® is one of the first hospitals in the U.S. to use the new technology.

Studies have shown lung cancer screening can reduce the risk of death by 20 percent.
Read More

The cutting-edge technology allows physicians at St. Francis Hospital & Heart Center®, one of the first hospitals in the U.S. to utilize the new technology, to diagnose and treat hard-to-reach small peripheral nodules with greater precision.
Read More

The Time to Quit Smoking is Now

The Time to Quit Smoking is Now