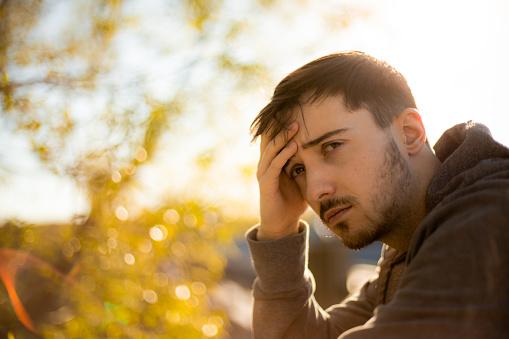 Call 9-1-1 immediately if you or a loved one is experiencing suicidal thoughts.

Common symptoms of depression include (present consistently for the past two weeks or longer):

The most consequential symptom is suicidal thoughts. An individual feels so hopeless that they begin thinking of taking their own life.

Anxiety disorders are the most common mental illness in the U.S., affecting 40 million adults age 18 and older (18.1%) each year.

Anxiety disorders are highly treatable, yet only 36.9% of those suffering receive treatment.

Common symptoms of anxiety include:

Suicide is death caused by injuring oneself with the intent to die. A suicide attempt is when someone harms themselves with intent to end their life but they do not die as a result of their actions.

Suicide is a serious health public health problem. According to the Centers for Disease Control (CDC):

But suicide is preventable.

Suicidal attempts and suicide affect everyone. The person who feels alone in their pain. The family members and loved ones who may not know to help. Those who are left behind and feel guilt, anger and sadness.

Remember: you are not alone and there are resources to get help.

1. Call the National Suicide Prevention Lifeline at 1-800-273-8255. This free and confidential lifeline is available 24 hours a day, seven days a week.

3. If you or a loved one is feeling depressed, make an appointment with a trained professional to talk about the treatment options available. Support is a key step toward treating depression and anxiety before it escalates to suicidal thoughts. Call your primary care physician who can refer you to a specialist.