Mercy Hospital offers a breadth of exposure to PM&R through inpatient and outpatient experiences. Inpatient training will give you experience in treating stroke, spinal cord injury, disabling arthritis, neurological disorders, and major orthopedic surgeries and neurosurgeries. You also receive outpatient training in many subspecialties, including: 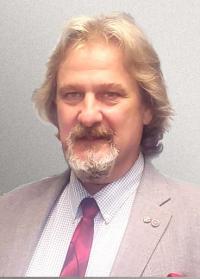 Contact the Department of Medical Education for additional information on the Physical Medicine and Rehabilitation Residency Program.

Good Samaritan Hospital offers our residents a competitive salary and benefits package. Some residency programs offer additional perks to help you as you learn.

Upon completion of your residency, you will have 36 months of comprehensive training in:

Board review is also built into your didactic schedule to ensure you cover all chapters of Physical Medicine and Rehabilitation Board Review by Dr. Sara J. Cuccurullo.

Fourth-year and select third-year medical students are eligible for one-month elective rotations in PM&R. These rotations expose medical students to general inpatient, consult and outpatient clinics. Students have the opportunity to work closely with both residents and attending physicians. For more information or to schedule a rotation, contact the Residency Program Coordinator at 516-705-3954 or Wendy.Parwana@chsli.org

If you are applying for a regular PGY 2 slot through the match, you must apply through the Electronic Residency Application System  (ERAS). If you have questions, the Residency Program Coordinator at 516-705-3954 or Wendy.Parwana@chsli.org.

No, this is an advanced position residency program. You must apply separately for an ACGME-accredited preliminary or transitional PGY 1 position. This is usually done at the same time that you apply for the PGY 2 position.

We have earned continued accreditation by ACGME since August 27, 2018.

Our program has a 100% fellowship match rate for residents who have chosen to pursue a fellowship.

Meet Our Leaders and Faculty

Dr. Fishman received her D.O. degree from the New York College of Osteopathic Medicine in 1999. She completed a Pre-Doctoral Fellowship in Osteopathic Manipulative Medicine at New York College of Osteopathic Medicine. She completed her Traditional rotating Internship at Long Beach Medical Center. Dr. Fishman received her residency training in Physical Medicine and Rehabilitation at Nassau University Medical Center in East Meadow, New York where she serves as Chief Resident. She is board certified in Physical Medicine and Rehabilitation and Pain Medicine.

Dr. Fishman has a private PM&R and OMM practice in Syosset and Rockville Centre, NY. Dr. Fishman founded the Physical Medicine and Rehabilitation program at Long Beach Medical Center in 2005 and served as the program director until 2014 when Long Beach Medical Center closed secondary to damages sustained in Hurricane Sandy. The PM&R residency program moved to Mercy Medical Center in Rockville Center where Dr. Fishman continues to serve as the Program Director as well as the Director of Medical Education. Given her history as a professional singer and dancer, Dr. Fishman maintains her special clinical interest in dance and performing arts medicine.

In her free time, Dr. Fishman enjoys spending time with her family and eight pets. (Nine if you include her fish, Mystic!!)

Dr. Stein received his M.D. degree from State University of New York in 1986. He completed residency training in Physical Medicine and Rehabilitation at Kings County Hospital Center in Brooklyn, New York in 1990, and obtained board certification by the American Board of Physical Medicine and Rehabilitation in 1991. He went on to complete a fellowship in Neuromuscular and Electrodiagnostic Medicine at The Neurology Group and obtained board certification in Neuromuscular and Electrodiagnostic Medicine in 1992.

Dr. Stein has held many leadership positions on the medical staff of Mercy Hospital, and also received his MBA from Adelphi University in 2013.

After years of caring for patients with serious illnesses, Dr. Stein developed a passion for Hospice and Palliative Medicine, and obtained board certification in this field in 2012.

Corey A. Johnson, DO - Indiana- Inpatient/Outpatient