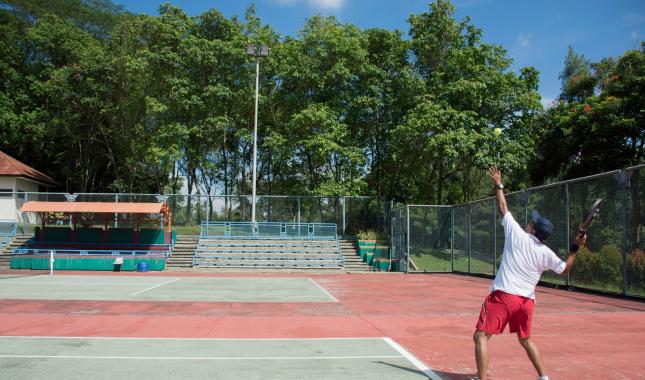 Doctors have health problems too, as Ali Mohyuddin knows all too well. The retired pediatrician from Roslyn, NY, is an avid tennis player who also enjoys swimming, working out at the gym, running around with his four grandkids and traveling the world with his wife and family! But last year the hip pain he’d been enduring for 10 years became unbearable. In fact, it was so severe, that it affected his ability to perform simple tasks like walking to and from his car.

On September 23, 2019 Dr. Mohyuddin had his surgery and on February 6, 2020  — less than five months later — Dr. Moss gave him a green light to resume all previous activities, including playing tennis.

“I’m finally back to walking without a limp – and I’m back on the tennis court! Dr. Moss and his team did something right and I’m so thankful for their expertise, excellent care and attention. They are the complete package. And, most importantly, I’m thankful that I was able to heal quickly and get back to my normal activities without any pain,” said Dr. Mohyuddin.

Dr. Mohyuddin also attributes his speedy recovery to the post-surgical care he received at Mercy. He praises the physical therapy and rehab team for assisting him with learning how to walk and climb stairs again, as well as supplying him with the proper techniques that would continue to help him recover.

“There are a lot of people around my age who have issues with their hips, ankles, knees, shoulders, etc. What I realized from this experience is that there is no need to travel far when you have excellent care right here on Long Island,” said Dr. Mohyuddin.

Dr. Mohyuddin also urges others to not ignore the problematic signs early on. He said his hip problems are a result of a broken ankle he had when he was 40. At that time he opted not to get surgery because it would mean he would be out of work. Not addressing the issue eventually caught up to his hip.