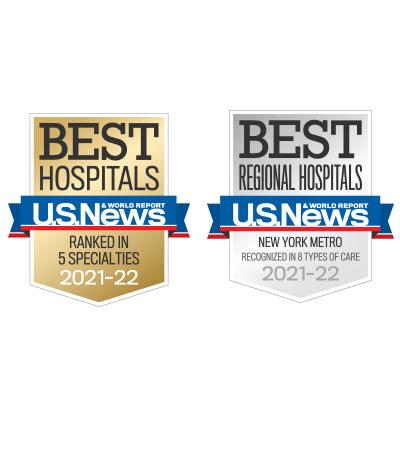 Catholic Health’s St. Francis Hospital & Heart Center® has again been ranked one of the top hospitals in the country in the latest U.S. News & World Report results.

The hospital is nationally ranked in five adult specialties—Cardiology & Heart Surgery, Gastroenterology & GI Surgery, Geriatrics, Neurology & Neurosurgery and Orthopedics. St. Francis was also rated among the top 10 hospitals in the region, ranking #6 in New York State and #6 in the New York Metropolitan Area.

“The patient care teams at Catholic Health again demonstrated their commitment to serving our patients and delivering quality care in a safe environment,” said Catholic Health President & CEO Patrick M. O’Shaughnessy, DO, MBA. “St. Francis continues to strengthen its position as a leader in cardiology while also earning national recognition in areas such as neurology and orthopedics. We are also moving forward with strategic plans to expand services at Good Samaritan Hospital to make it the hospital of choice along the South Shore.”

“We have always taken pride in earning high marks for the care we offer our community, but this year’s accolades from U.S. News are particularly gratifying,” said St. Francis Hospital President Charles Lucore, M.D., MBA. “In the face of the most challenging health care crisis in decades, the team at St. Francis continued to provide our patients with the quality care they expect and deserve.”

Now in its 32nd year, the annual Best Hospitals report from U.S. News evaluated more than 4,750 medical centers nationwide in 15 specialties and 17 procedures and conditions. According to U.S. News, the rankings are designed to help patients make more informed health care decisions. The methodologies are based largely on objective measures such as patient survival, volume and quality of nursing among other care-related indicators.

To see the complete list of top-rated hospitals in our region and find out more about how they were chosen, log on to usnews.com/besthospitals.