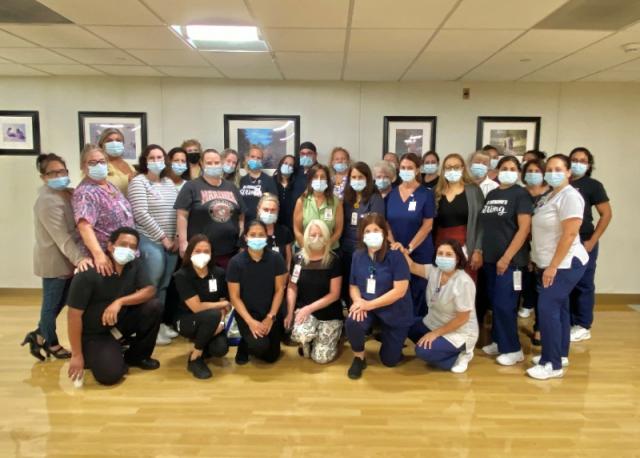 Catholic Health's St. Catherine of Siena Nursing & Rehabilitation has once again been ranked as one of the top skilled nursing facilities in the country by Newsweek. For the fourth consecutive year, the Smithtown facility was listed on its "America's Best Nursing Homes 2023" report.

"This recognition is a testament to our incredibly talented and caring staff at St. Catherine and their continued excellence in keeping our residents safe and healthy during these extremely challenging times," said St. Catherine of Siena Nursing & Rehabilitation Administrator John Chowske. "We always strive to provide the best possible quality and compassionate care to our residents and their families."

The Newsweek rankings identify top nursing homes based on different criteria, including a performance data score, a reputation score and a COVID-19 Score. Nursing homes in the 25 states with the highest population size, according to the United States Census Bureau were included in the study. This year's list included 475 facilities.

“I would like to congratulate John and his team on this incredible honor and their continued commitment to excellence,” said Catholic Health Executive Vice President and Chief Operating Officer Dennis Verzi, DPT, MHA, FACHCA. “To be ranked among the top facilities in the country reflects Catholic Health’s mission of providing Long Islanders with the highest level of care.”