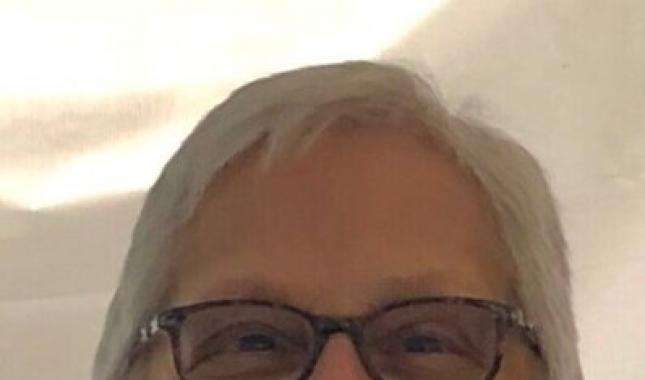 For years, Paula Honadel lived with what she thought were minor health issues, including Irritable Bowel Syndrome and frequent stomach discomfort.

But when the pain from those issues and others concerns worsened, a trip to the emergency department revealed a mass on her ovary that physicians immediately identified as malignant. The Holtsville resident was told she had ovarian cancer.

“The doctors said they knew right away the growth was cancerous because my lymph nodes were swollen,” Honadel said. “The mass was also effecting my right kidney.”

Following her initial diagnosis at a non-Catholic Health Services (CHS) hospital, Honadel on the advice of a family friend met with CHS’s Chairman of Obstetrics and Gynecology/Women’s Health Initiatives Pankaj Singhal, MD. From her first appointment with Dr. Singhal, she knew immediately she had chosen the right physician to help her overcome this difficult health issue.

“I was told by the doctors at the other hospital that surgery was not possible. But, Dr. Singhal told me he could operate,” Honadel said. “The first time I met with him he spent more than an hour discussing how he would treat my condition and what would happen after surgery. After leaving his office that day, I was confident that he was going to take care of this.”

The second most common gynecologic cancer in the United States, ovarian cancer is often difficult for patients to recognize as there are no symptoms specific to the disease.

“Some women may experience a bloating sensation, acid reflex or feeling full when eating that are often associated with gastrointestinal issues,” said Dr. Singhal. “But these also could signal a gynecologic issue such as ovarian cancer.”

While difficult to identify, Dr. Singhal said there are steps women can take to reduce their risk of ovarian cancer. “My best advice is eating healthy and maintaining an exercise regimen while also knowing your family history,” he said. “The risk factor also increases with age so regular screenings with a gynecologist are important.”

Following her surgery in July of 2018 at CHS’s Good Samaritan Hospital in West Islip, Honadel completed 18-weeks of chemotherapy there. While her road to recovery was challenging, she said the quality compassionate care she received at the hospital kept her spirits high.

“I had never been to Good Samaritan and initially was nervous,” Honadel said. “But everyone was friendly and the staff would sit and talk with me. It made my experience much more pleasant and easier to go through.”

Now fully recovered, Honadel had a simple message for the women of Long Island. “Make sure to visit your gynecologist annually for a checkup. It could save your life.”