“They’re All Angels With Wings" 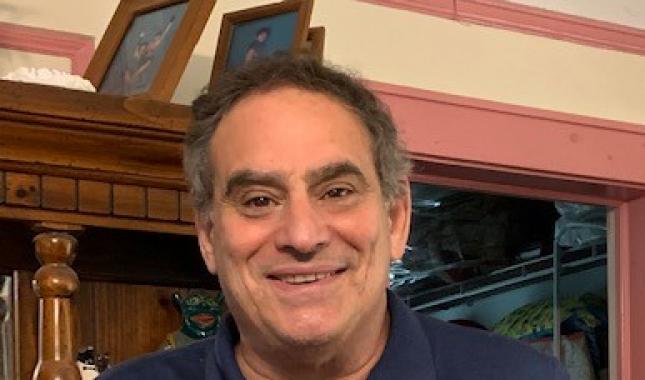 When Jeff Stern arrived at St. Francis Hospital, The Heart Center®, in April for a much-needed cardiac procedure, he would witness firsthand the medical team’s expertise.

Time was of the essence for the Floral Park resident, who needed an urgent ablation to treat a condition known as atrial fibrillation, which causes rapid heart rate. But, Stern was also facing another significant health issue. He recently tested positive for COVID-19.

The challenge for his doctors was the pulmonary vein isolation (PVI) procedure Stern needed would require him to be ventilated, a dangerous proposition for someone fighting the virus. Ideally, Director of the Arrhythmia and Pacemaker Center at St. Francis Joseph Levine, MD, felt it would be best to wait until Stern recovered from the virus, but was aware that the procedure would need to be done should his cardiac condition worsen.

Stern was isolated at home, sleeping approximately 19 hours a day as he battled the virus. But Dr. Levine called him regularly to monitor his condition.

“For a man with his CV and accomplishments, Dr. Levine is so compassionate,” said Stern. “He has a great bedside manner, and he can be very funny.”

Once Stern recovered from COVID-19, Dr. Levine could address his worsening cardiac condition. Even though Long Island was at the height of the pandemic, the entire St. Francis team quickly went to work, focusing on protecting Stern as they prepared him for surgery.

“From the people in pre-admission, to the MRI team, to the staff in ambulatory surgery, I have never seen so many people work so fast in my life,” he said. “They told me, ‘You’re being operated on in two hours.’ And I was.”

After surgery, Stern was admitted to a secure unit and was able to be discharged a day earlier than expected. He recalls being wheeled out of the hospital, wearing a mask and getting a standing ovation from the clinicians and staff.

“You hear on the news about what they are doing at the hospitals, but to live through it is a totally different thing,” Stern said. “They’re all angels with wings as far as I am concerned.”