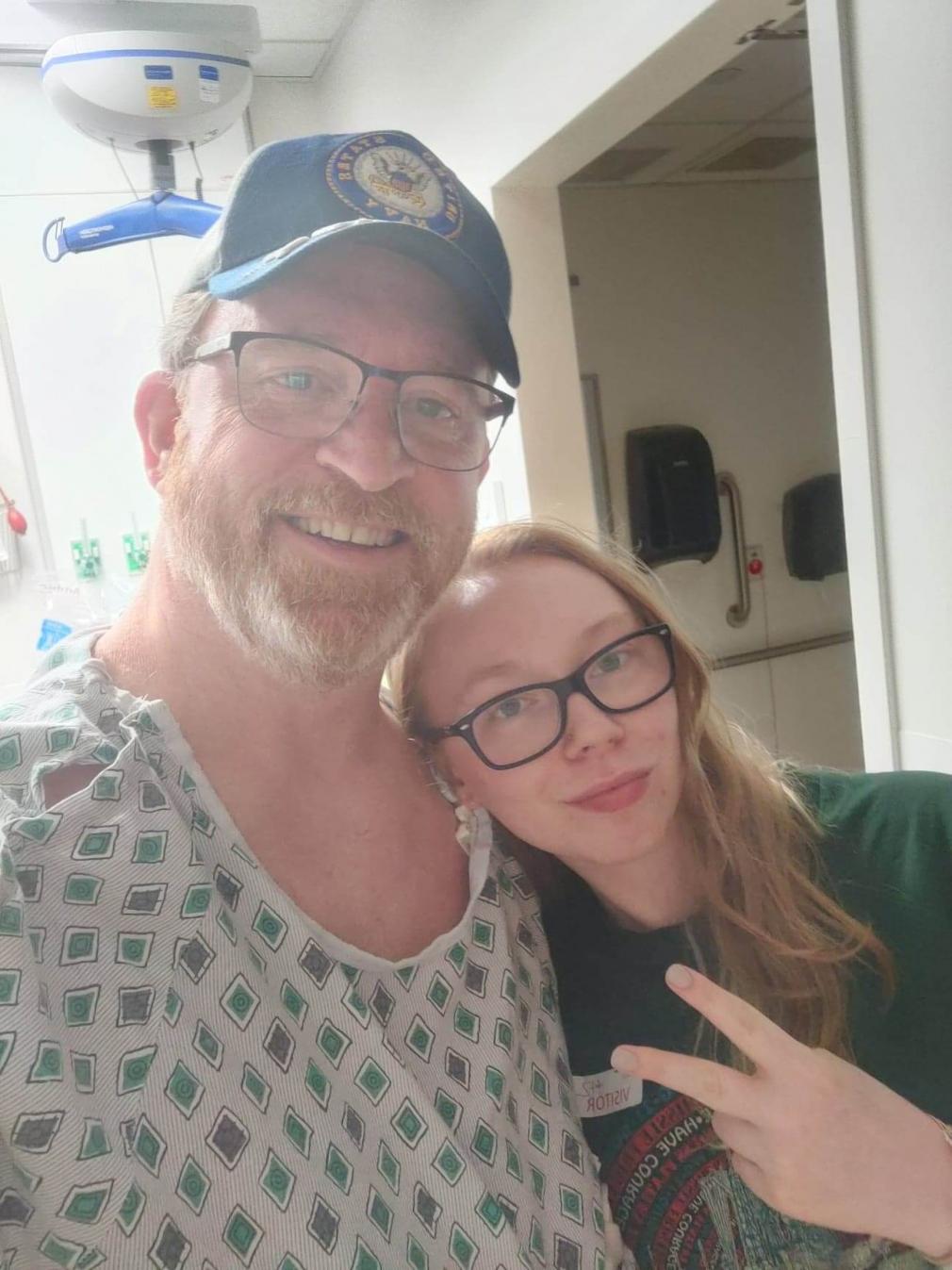 In July of 2020, Patrick Beckley was overseeing a COVID-19 mass vaccination site at Stony Brook University in his role as Regional Director of NYS Homeland Security. At the time, he had learned that heart issues were a complication of COVID-19 and were being experienced by many young people. He would become vigilant in looking out for such symptoms in himself. He eventually noticed he was experiencing classic symptoms of heart problems—chest pain and pain in his left arm accompanying physical exertion.

Patrick went to his primary cardiologist, Ralph Caselnova, MD, and expected to be told that his problems weren’t too serious. “I thought maybe at worst I’d need to have a stent put in,” says Patrick. Instead, he was informed that he had a 94% blockage of his coronary arteries and would likely require a quadruple bypass procedure. He was referred to the cardiac care specialists at Catholic Health's Good Samaritan Hospital.

The prospect of the surgery was somewhat daunting for Patrick. As a longtime first responder, he’d seen things that gave him the ability to imagine more vividly what he might look like on an operating table. “And as someone who is usually the one doing the helping and giving aid, relying on others isn’t something I was used to,” he says. “Being vulnerable, not feeling in control, was hard for me.”

But he was reassured after meeting Maksim Rovensky, MD, a cardiothoracic surgeon at the St. Francis Heart Center at Good Samaritan, who would be performing his procedure and notes that the rest of the staff were amazing in the days leading up to his surgery. They checked in with him frequently, patiently answered all his questions as they came to him, and generally set his mind more at ease. “I felt like I was in the right place, with the right people to take care of me,” says Patrick.

“A quadruple bypass may sound scary to the average person,” says Dr. Rovensky. “But for a patient as young as Mr. Beckley there’s a high likelihood of a very strong long-term recovery, and for an experienced surgeon with access to the right tools and a good support team, it’s a routine procedure that can be performed very safely.”

Patrick recalls that after his procedure was finished the atmosphere around him was very relaxed and remembers overhearing someone remark with some admiration for Dr. Rovensky that it was a “textbook procedure.” A few months later, Patrick’s recovery was moving along well and he was beginning to feel a return to normalcy. “If anything, I think the emotional recovery process has been more significant than what it’s taken for me to feel physically back to normal,” he says.

So grateful for the care he received, Patrick sent a fruit basket and donuts to Dr. Rovensky and the cardiac staff at The St. Francis Heart Center at Good Samaritan Hospital on the one-year anniversary of his operation, feeling he had to do something to show his appreciation.

“I’m sure I could have had a successful operation at another hospital, but I can’t thank the people at Good Samaritan enough for the way they really showed their care for me,” said Patrick.

Highest level of cardiovascular care at locations across Long Island.