“The mass that was located deep in my breast would not have been found through self-examination,” Trotta said. “Doctors said that having a mammography was the only way it would have been identified at such an early stage.”

Lisa Trotta regularly schedules an annual mammography. A native Long Islander, she is keenly aware of breast cancer’s impact on residents and the importance of a yearly exam. 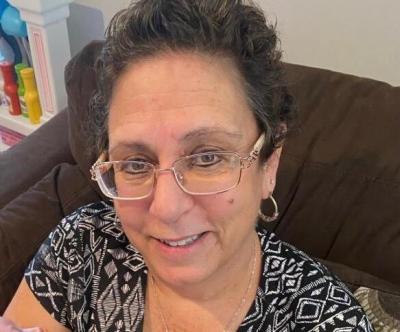 During the pandemic when many were reluctant to visit their doctor for annual checkups, the Holbrook resident was undeterred and her decision may have saved her life. On September 11, 2020, her mammogram revealed a “suspicious lesion.” A second test confirmed the initial findings. She had a Stage 1 carcinoma.

“The mass that was located deep in my breast would not have been found through self-examination,” Trotta said. “Doctors said that having a mammography was the only way it would have been identified at such an early stage.”

She began treatment at Catholic Health’s Good Samaritan Hospital in West Islip. Surgeon Bradley Cohen, MD, performed a lumpectomy to remove the growth. Trotta would then start treatment that included chemotherapy at the Cancer Institute at Good Samaritan and radiation at the hospital.

Opened in 2019, the Cancer Institute is an approved community cancer center by the American College of Surgeons Commission on Cancer. Its expert oncologists, surgeons, nurses and support staff specialize in the diagnosis and treatment of cancer. Specialists care for the whole person – physically, emotionally and spiritually – to provide outstanding outcomes.

While doctors were confident that the cancer had been removed, Trotta received chemotherapy prescribed by Good Samaritan Hematologist/Oncologist Mary Puccio, MD, which was follow by radiation treatment.

“After meeting with Dr. Puccio, she told me that my Oncotype score was higher than she liked, which is why I needed chemotherapy,” Trotta said. “Throughout my treatment, Dr. Puccio and the entire staff went to great lengths to make me feel comfortable and reduce any side effects.”

The Oncotype DX Breast Recurrence score is based on a test that provides a genomic-based, comprehensive individualized risk assessment for early-stage breast cancer. The assessment offers valuable information used by physicians to personalize a treatment plan for each patient, which includes risk of distant recurrence, the benefit from chemotherapy and whether the patient can be treated effectively with only hormonal therapy.

Throughout her treatment, Trotta was impressed by the level of compassionate care she received from everyone at Good Samaritan Hospital.

“From the moment I was diagnosed, I received a great deal of information about what I would be facing,” she said. “The staff was constantly checking in with me to see if I had questions or just wanted to talk about my situation.”

Today, Trotta is cancer-free and feeling well. Her most recent mammogram in September came back clear. As she recalls the past year and her cancer treatment, she has advice for women across Long Island.

“Having a yearly mammogram is so important. It’s likely that without one, my cancer would not have been discovered until stage three or four,” she said. “And if you need treatment, Good Samaritan Hospital is the place to go. From the doctors to the techs and nurses, the treatment I received from everyone was great!”