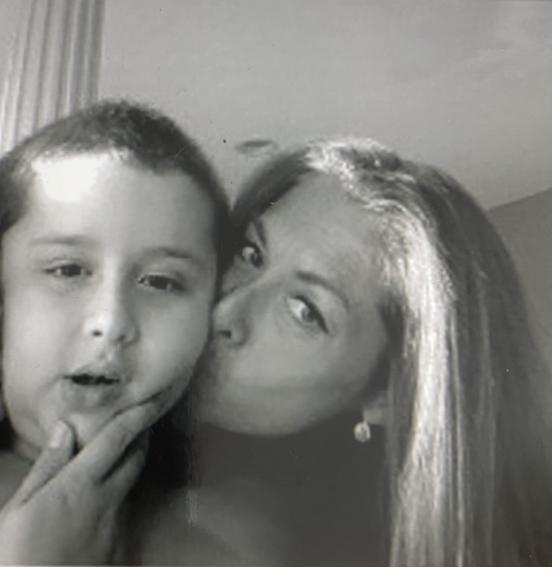 In July 2021, mother of four Jerri Giusto received news that no mother ever wants to hear— her 9-year-old son, Jack, had been in a car accident alongside his older brother Parker. Sadly, Jack passed. “I spent ten years working in the ER,” Jerri said. “I knew how devastated a mother could be when she finds out that she’s lost a child. I just never thought it would be me.”

In the wake of this tragedy, Jerri’s work family at Good Samaritan Hospital, a member of Catholic Health, and the local community responded with an outpouring of support that Jerri struggles to summarize completely. More than 200 friends, family and co-workers paid their respects at her son’s memorial service. “They told me there was a line out the door at the funeral home,” Jerri said.

Two of her friends organized GoFundMe fundraisers to help the Giusto family cover costs. Food chains and donations of gift cards ensured, for months, that Jerri and her family didn’t need to spend time and energy on meal preparation – a godsend for a family with three children, including the eldest who has special needs. Friends came over to help clean the house, to help with transportation for doctor’s visits, to take Jerri out of the house on occasion to help her keep her spirits up. They even helped Jerri and her family put on a garage sale, just to provide some activity and the satisfaction of decluttering the home.

And while grander gestures make for the most memorable stories, Jerri recalls how invaluable it was that her friends, family, and colleagues continually reached out to her just to let her know she wasn’t alone; that they were there, ready to listen, any time she needed them. Every day after Jack’s passing was a new struggle, but every day there were people there to help Jerri make it through.

A member of the Catholic family for 20 years, with 15 spent at Good Samaritan Hospital, Jerri was eventually ready to return to work. When she arrived, she found that outpouring of support was still not finished. “The first person I saw just threw their arms around me,” Jerri said. “Everyone I saw stopped what they were doing to give me a hug and ask me how I was doing.” A while later, another coworker had a death in the family, and Jerri attended the memorial service. Even then, people were checking in with her, concerned that the event might reopen recent wounds.

She struggles to put into words all the things that people did for her over the last several months, admitting that it’s hard to do justice to the outpouring of love and support she received during her darkest days. But Jerri does note that it isn’t the only time she’s seen her work family rally around people in their time of need.