Grateful Patient Starts a Tradition of Giving Back 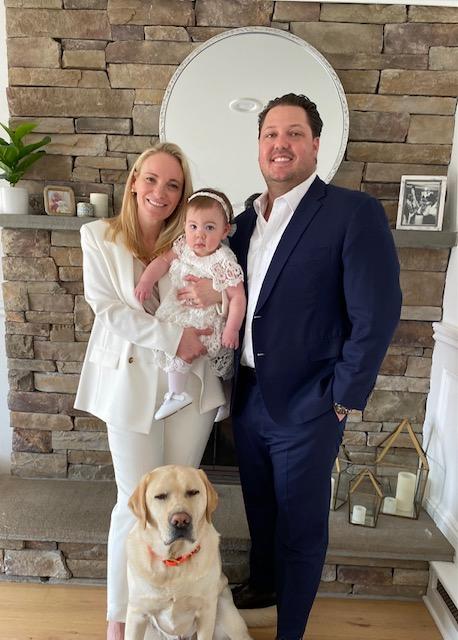 Going above and beyond to provide exceptional care is not unusual for the staff at Catholic Health’s Good Samaritan Hospital (West Islip, NY). A patient finding a way to give back, though, is an extraordinary recognition for the care and compassion that was provided. One woman is doing just that.

In April 2021, Brittany Handelson and her husband welcomed their first child into the world a few weeks earlier than expected. Based on test results, Brittany was admitted to Good Samaritan and informed that it would be in their best interests to deliver early. The decision was made to conduct an emergency cesarean delivery.  “We had put together a plan and suddenly we were told it had to change,” said Brittany. Not knowing exactly what to expect given the sudden change of plans, she was worried. Ultimately, Brittany credits the hospital staff with making it a very positive experience. “It was all very easy, it turned out to be a very peaceful event,” she said. Brittany and her husband welcomed baby Claire into the world.

When baby Claire was born, some observation indicated she would need to spend some time in Good Samaritan’s Neonatal Intensive Care Unit (NICU), the only facility of its kind on the south shore of Suffolk County with a Level 3 designation—the highest available. Claire spent the next four days under the care of this specialized team. During her care, the NICU nurses shared their knowledge and experience with the new parents, for which they were extremely grateful. They offered guidance, gave them an idea of what they could expect, and helped them to get their parenting skills up to speed in time for their discharge home with their newborn.

“We were new parents, we were very scared, but thanks to the people in the NICU we went home feeling confident. The NICU nurses and staff basically taught us how to be parents,” said Brittany.

A year later, Brittany and Claire are happy and healthy and are celebrating Claire’s first birthday. Even with the passage of time, Brittany and her husband are left with a lasting impression and gratitude for the care, guidance, and compassion she and her daughter received when they were at Good Samaritan Hospital. To honor their service, the Handelson family has made a donation to the hospital, dedicated to the staff of the NICU. It is their intention to make this an annual tradition, repeating the donation every April to mark their daughter’s birthday. Brittany says, “We just wanted to do something in recognition of all that the NICU staff did for us, I really can’t thank them enough.”