Suzanne Callichio, 48, is lucky to be alive after nurses and emergency room staff at Catholic Health’s St. Catherine of Siena Hospital in Smithtown, NY, literally brought her back to life after being shocked 33 times, surviving a deadly widowmaker. A widowmaker is the most severe kind of heart attack where there is 100 percent total blockage in a critical blood vessel called the left anterior descending artery.  Prior to this incident in May of 2021, she had no heart symptoms.

Dr. James Ryan, medical director of St. Catherine of Siena Hospital’s emergency department, said this was the first time in his career to shock a patient so many times.

Suzanne was shocked 27 times then another six times in the catherization lab prior to receiving a stent to open up the artery. She also required an implant called an Impella device, typically used in patients with severe heart failure, to help flow of blood to the heart.

Once stabilized, Suzanne was transferred to St. Francis Hospital & Heart Center® in Roslyn, NY. Once her blood flow was stabilized, the Impella device was removed by Dr. Edward Lundy.  She also suffered from kidneys not functioning properly and was put on temporary dialysis until her numbers improved. She was discharged from St. Francis Hospital & Heart Center® three weeks later. 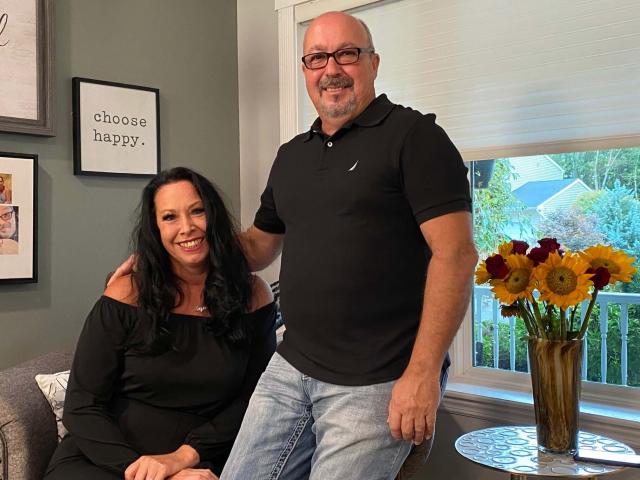 Suzanne and her fiancé Mike are greatly appreciative of the nurses who wouldn’t give up and to the physicians who took care of her once she was stabilized. They are looking forward to getting married this coming September.

Home for the Holidays

Suzanne, her sister and Mike recently attended the St. Catherine of Siena Hospital Christmas tree lighting where Suzanne was the guest of honor.

Also in attendance was Dr. Ryan. "It's just a great feeling to see someone coming back and functioning perfectly normal, looking great," said Dr. Ryan.

Catholic Health gives you access to the highest level of cardiovascular care at St. Francis Heart Centers across Long Island.