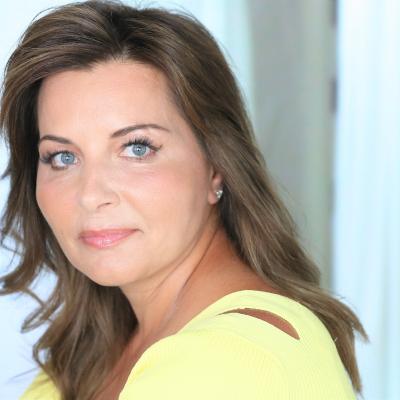 In 2016, Maria Rizzuto decided the headaches and feelings of uncertainty she was experiencing were serious enough to require attention. She underwent a scan that revealed the cause of her symptoms—an aneurysm.

“I felt like my life was ending,” she says. “I had a ten-year-old girl and a three-year-old boy at home. I was devastated.”

Over the next month, she sought out multiple opinions from other professionals and kept receiving conflicting information regarding the location and severity of her aneurysm. Tired of the uncertainty, Maria resolved to take the last piece of advice she received and get an angiogram to finally determine how she needed to proceed.

However, Maria’s primary care physician refused to sign off on the procedure and insisted she see a specialist he knew in New York City. There, she was told her aneurysm should be monitored but didn’t require immediate intervention. For several years afterward, Maria underwent annual scans. All the while she was still experiencing the same symptoms which had made her seek out help initially.

While accessing her records through a patient portal, Maria made a startling discovery in her reports. The aneurysm was in her head and larger than she’d been previously told. Inquiring with doctors she is friends with, she received recommendations to see Kimon Bekelis, MD, Director of the Stroke & Brain Aneurysm Center of Long Island at Good Samaritan University Hospital in West Islip, NY.

“It’s ironic that after years of commuting to the city to see specialists that the solution to my problem would wind up being so close to where I was living and diagnosed, in West Islip,” says Maria.

Dr. Bekelis performed an angiogram and confirmed positively that her aneurysm was in her head and asked her how she would like to proceed. “It was like I had a ticking time bomb in my head,” says Maria, who opted to undergo surgery to repair the aneurysm. The procedure was complete in just an hour. She recalls awakening afterward, and Dr. Bekelis saying to her “I hope you weren’t attached to that aneurysm, because now it’s gone!”

Maria was able to leave the hospital and recover at home. She felt good enough to play competitive tennis just ten days later. “I felt like I had my life back,” she says. But Maria had more than tennis on her mind. She knew she needed to tell her story and spread awareness about aneurysms.

As it turns out, her Facebook posts encouraged a woman to get herself checked out and discover that she too had an aneurysm. Maria’s mission to spread awareness continues to this day. She says, “A lot of people don’t even really know what an aneurysm is. So I urge people to advocate for themselves if they feel like something is wrong.”