Catholic Health Cancer Institutes across Long Island deliver excellence in breast cancer care—from early detection screenings and genetic counseling to diagnosis and the latest advances in treatments. Our compassionate team of cancer experts support you at every step, including follow-up and surviorship care. We are dedicated to providing the highest level of breast cancer care that you can trust.

Find a Catholic Health Cancer Institute Near You

Care She Could Trust

Catholic Health employee Michele Klimpel credits Good Samaritan Hospital with helping her detect and successfully treat her breast cancer. She was told she had nothing to worry about after her initial diagnosis following an MRI at a non-Catholic Health facility. But she wanted a second opinion.

Her primary care doctor sent her to Good Samaritan Hospital’s Women’s Imaging Center. With a mammogram indicating something suspicious, a core biopsy was done, confirming cancer. Michele has since undergone successful treatment.

“Although I was told after my MRI that everything was fine, I just didn’t feel right and knew I wanted to get a second opinion," said Michele. "Going to Good Samaritan’s Women’s Imaging Center was the best decision I ever made.”

Catholic Health's breast cancer specialists work with you to create a tailored treatment plan. They offer the best options based on type and stage of cancer and listen closely to your needs.

Our multidisciplinary approach gives you access to a team of cancer specialists, including board-certified oncologists and breast cancer surgeons as well as registered breast health nurse navigators and infusion/chemotherapy nurses.

At Catholic Health, we care for you body, mind and soul. Our cancer care team includes social workers and spiritual care staff who are available if you and your loved ones need comfort and support.

Schedule an appointment with a Catholic Health breast health specialist if you are experiencing signs and symptoms, including:

Catholic Health board-certified radiologists use diagnostic imaging for pinpoint accuracy in the diagnosis and treatment of breast cancer. Our imaging services include:

Breast cancer is the most common cancer in American women, except for skin cancers. The advanced breast imaging services at Catholic Health Cancer Institutes help detect breast cancer as early as possible, making it easier to treat. We encourage patients to schedule early detection screenings and routine exams. 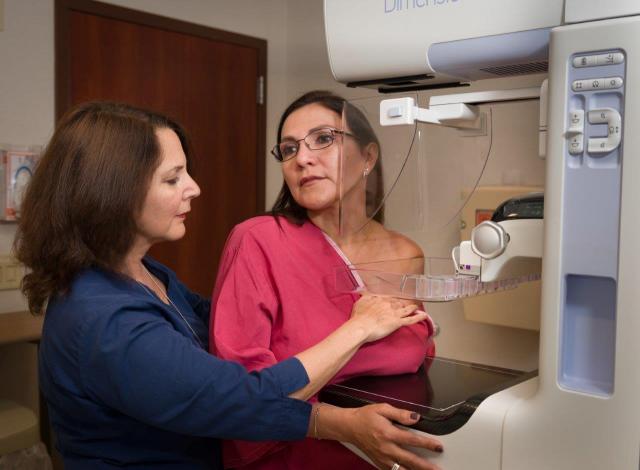 Lymph node removal is a surgical procedure to remove one or more of your lymph nodes. This surgery is used to determine if cancer has spread from its original starting point into your lymph nodes.

If cancer is found, your surgeon may take out all or part of your lymph nodes to reduce the chances that the cancer will return.

A lumpectomy is surgery to remove a lump in your breast that may be cancer. Your surgeon also removes some of the tissue around the lump. This is done to make sure no cancer cells remain in the area.

A mastectomy is a surgical procedure to remove one or both of your breasts. All or part of your breast is removed, depending on your cancer. There are several types of mastectomies. Some remove your entire breast, including your skin, nipple and areola. Others take out lymph nodes with your breast.

Prophylactic mastectomy is surgery to remove one or both of your breasts. The procedure is typically done to lower your risk of developing breast cancer if you are high-risk.

Breast reconstruction surgery is a procedure to rebuild the shape of your breast after a mastectomy, partial mastectomy or lumpectomy. One type of reconstruction uses silicone or saline implants. Other methods use muscle, skin and fat taken from your back, buttocks or abdomen.

You can have breast reconstruction at the same time as a mastectomy or after other treatments, such as radiation, are completed.

Catholic Health Cancer Institutes, accredited for excellence in care by the American College of Surgeons, offer Long Islanders the comfort and convenience of comprehensive care close to home at locations in Nassau and Suffolk Counties.

Find a Catholic Health Cancer Institute Near You

Keeping up with annual exams and health screenings helps with early diagnosis of breast cancer.

In partnership with Roswell Park, we offer the newest and most innovative treatments available only through clinical trials.

Catholic Health is committed to helping you on your journey to optimal wellness.