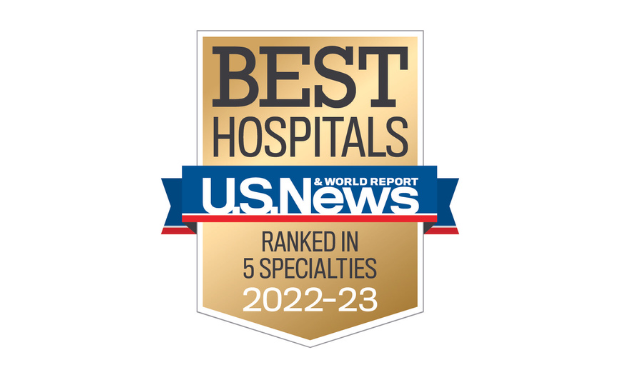 Catholic Health’s St. Francis Hospital & Heart Center® has again been ranked one of the top hospitals in the country in the latest U.S. News & World Report results.

The hospital is nationally ranked in five adult specialties—Cardiology & Heart Surgery, Gastroenterology & GI Surgery, Geriatrics, Neurology & Neurosurgery and Orthopedics. St. Francis was also rated among the top 10 hospitals in the region, ranking #6 in New York State and #6 in the New York Metropolitan Area.

“Catholic Health’s patient care teams again demonstrated their commitment to serving our patients and delivering quality care in a safe environment,” said Catholic Health President & CEO Patrick M. O’Shaughnessy, DO, MBA. “St. Francis’s standing as a national leader in cardiology is a huge asset to Long Island, which is why we’ve expanded access to its services to multiple locations in Nassau and Suffolk. St. Francis Hospital has also earned national recognition in areas such as gastroenterology, neurology and orthopedics.”

“Certainly, we take pride in earning high marks for the care we offer our community across multiple specialties, but this year’s honors from U.S. News are particularly gratifying,” said St. Francis Hospital President Charles Lucore, MD, MBA. “In the face of the most challenging health care crisis in decades, the team at St. Francis continues to show why we are consistently ranked as one of the top heart hospitals in the country. Long Island deserves no less.”

For the 2022-2023 rankings, U.S. News evaluated more than 4,500 hospitals in 15 specialties using a variety of measures, ranging from outcomes, level of nursing care and patient experience to the availability of technology such as computer-assisted orthopedic surgery. The methodology also factored in data from the Centers for Medicare & Medicaid Services, American Hospital Association, professional organizations and medical specialists. To see the complete list of top-rated hospitals in our region and find out more about how they were chosen, log on to usnews.com/besthospitals.