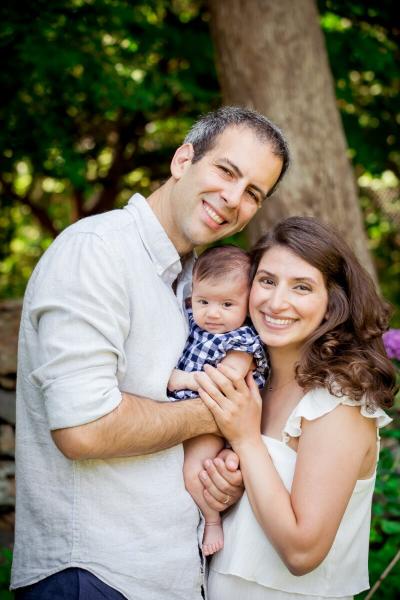 Gina Crawford and her husband, Robert, are like most young couples. Enjoying married life, the Mt. Kisco, NY, residents were excited to start a family. But after a year of trying, Gina was unable to conceive.

Frustrated and unsure of what their next step would be, a relative of the Crawfords suggested they visit Catholic Health’s The Gianna Center for Women's Health & Fertility. There, they met The Gianna Center Director and Fertility Specialist Anne Nolte, MD.

“I thought in the back of my mind that something was wrong, but I’m a person who believes in natural solutions and wanted to avoid many of the treatments that are out there,” Gina said. “From our first consultation with Dr. Nolte, she took the time to speak with us about the issue we were facing. She made us feel like we were her only patients.”

The Crawfords were also pleasantly surprised that Dr. Nolte’s approach to finding a solution included conversations with Gina and Robert. Gina had a battery of tests that included ultrasounds and blood work while Robert underwent testing of his own that included checks of his sperm count and motility. Ultimately, Robert was found to have a low sperm count and would undergo a procedure to solve this issue.

Not long after, Gina was pregnant and in May of 2020, the couple welcomed their daughter, Isabella, to their family.

“Not being able to conceive is stressful and an emotional roller coaster,” Gina said. “But the attention and compassionate care from Dr. Nolte allowed us to relax and we felt that a solution would be found. Having her support throughout the process was so important.”

“When a couple comes to the The Gianna Center with an infertility problem, we don’t stop until we find the reason that it is happening,” said Dr. Nolte. “With the Crawfords, we’re so happy to have been able to help them to identify their issue and ultimately start a family.”

The Gianna Center’s highly skilled and exceptionally compassionate experts in preventive and specialized fertility, infertility and other women’s health needs work closely with couples to develop a plan of care that respects both their bodies and their beliefs.